In this sculptural performance I initially filled the 81
unfired clay containers, the water content gradually began to dissolve the walls (limit) of the container until one
after another began to collapse, releasing the contained water and flooding the exhibition space. The water
contained separately in each container, after dissolving the limit, it was mixed with the waters of the others forming a lake. The contents of each individual when they died were mixed, forming a whole
The water contained in it ends up containing everyone 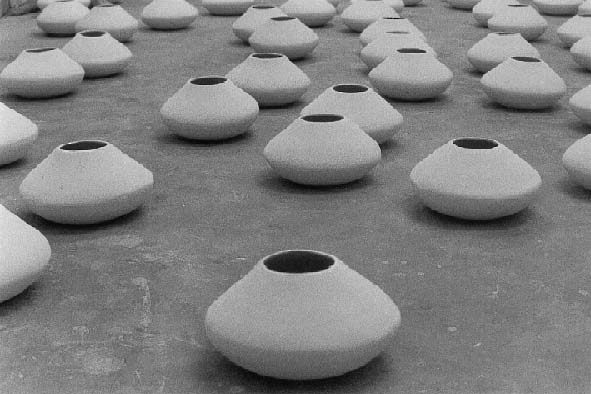 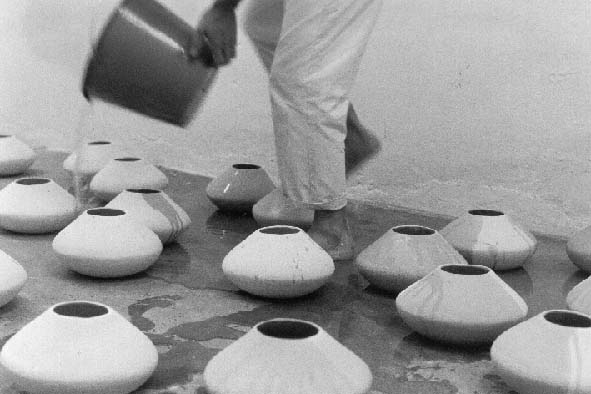 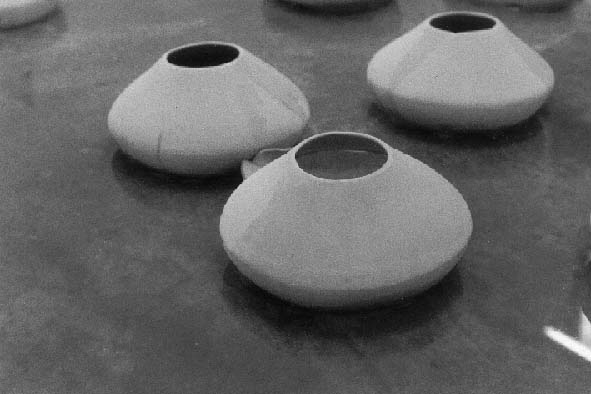 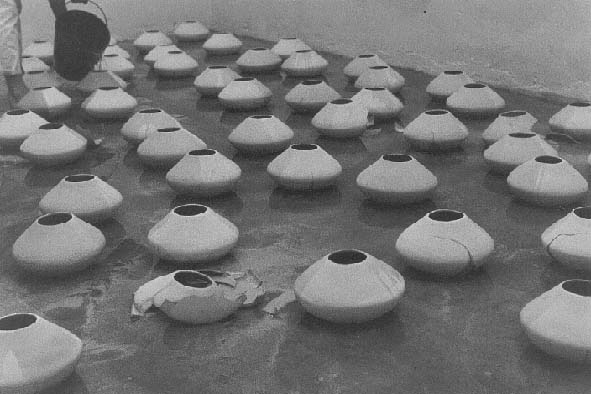 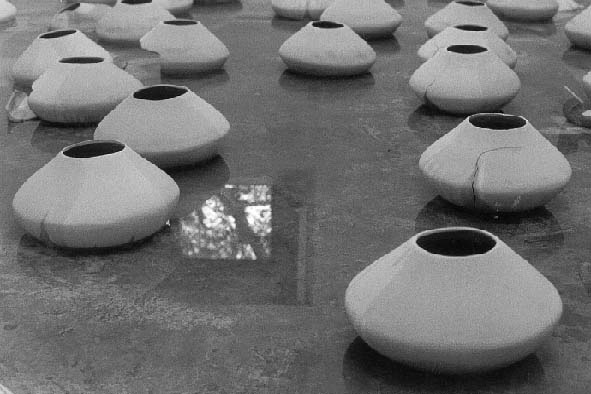 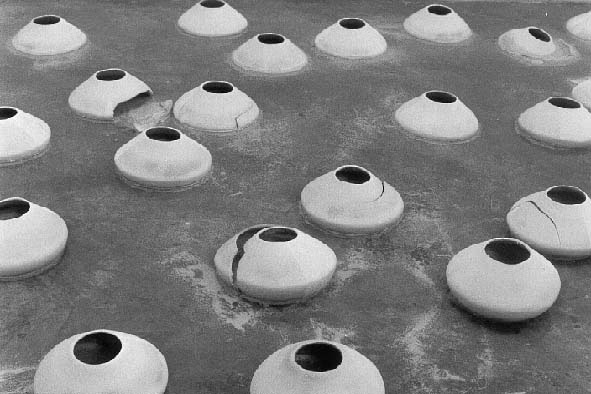 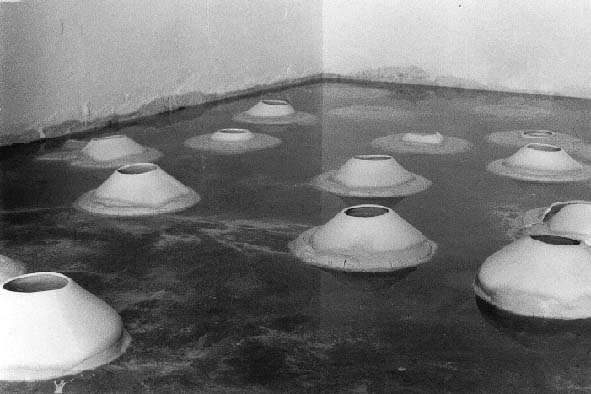 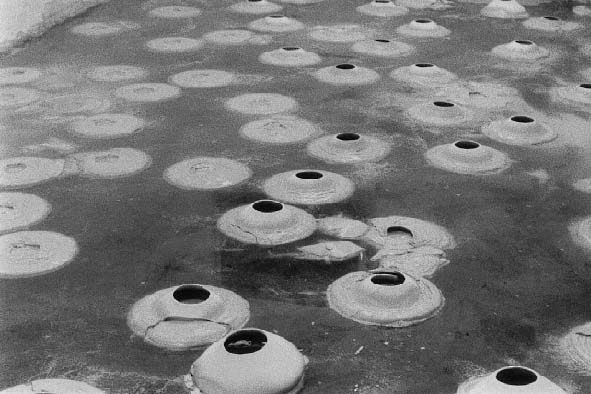 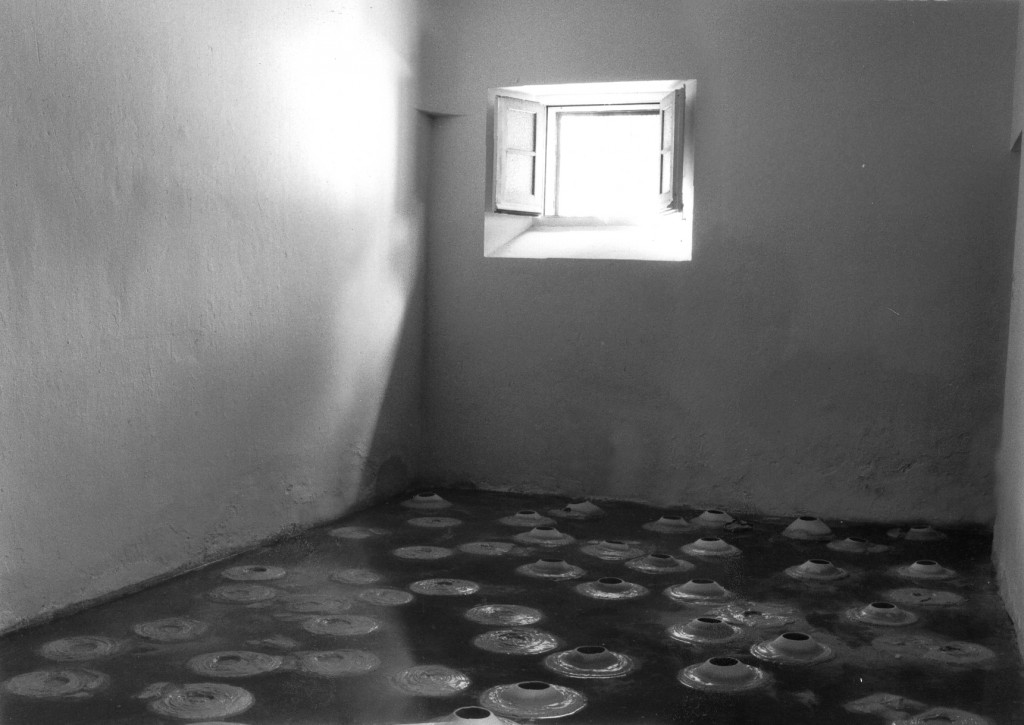