«Light echoes series»
It’s a photographic series in which I work with pinhole camera. In these pictures a
few plates that float in the darkness appear symmetrically. The title refers to the echo made by the light, a
reflection of the plate, one of the dishes is true, the other is the result of a mirror underneath. The image
of the two vessels emerging from the darkness refers to the duality. One of the dishes is the echo of the
other, but also the photography is the echo of the object observed and which also reflects in the retinas of our eyes. For me this pictures are like a mental or rather spiritual space, a space of silence. 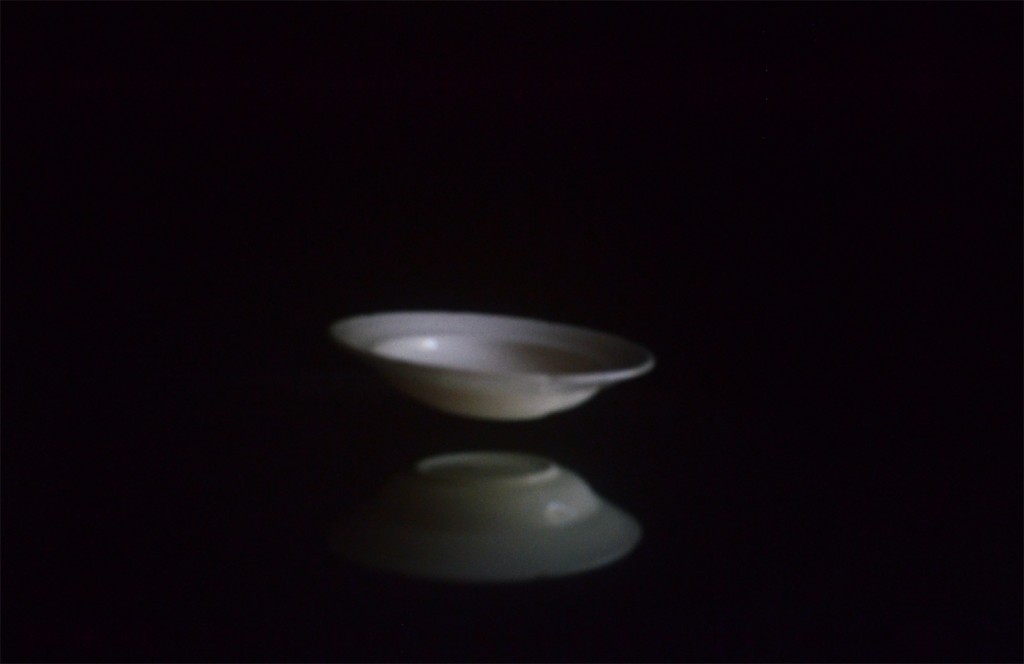