It’s an installation in public space consisting of a huge mirror 4,90 x 5 m covering a ramp
used to take boats on Lake Zug so that one half of the mirror remains under water.
The idea is to reflect the waves on the ramp and how the light during the solar transit changes the perception of the transparency of the water depending on the angle of incidence and the weather situation. Two lateral mirrors placed at 45 degrees made the undulating surface in turn reflect vertically as if the space had been folded into another dimension. 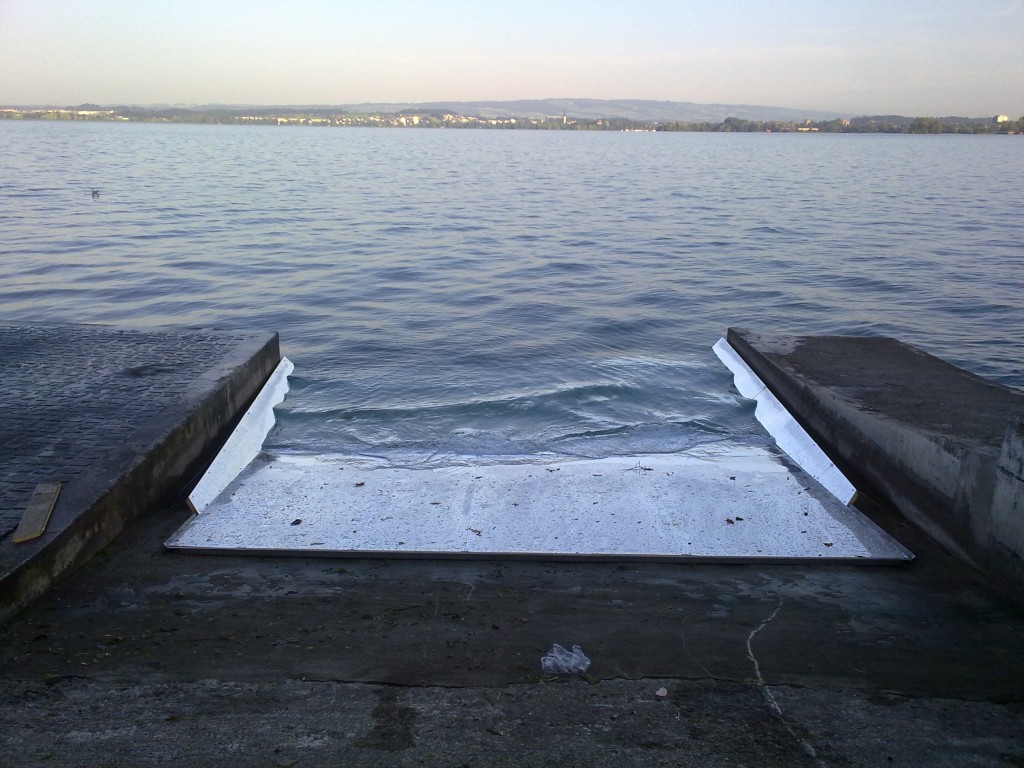 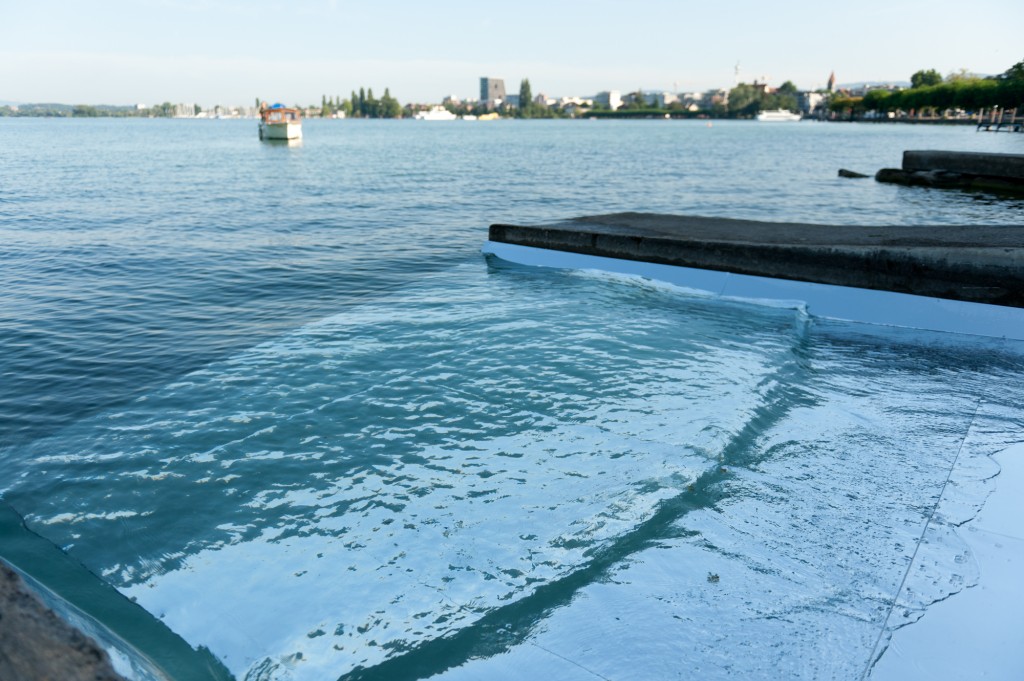 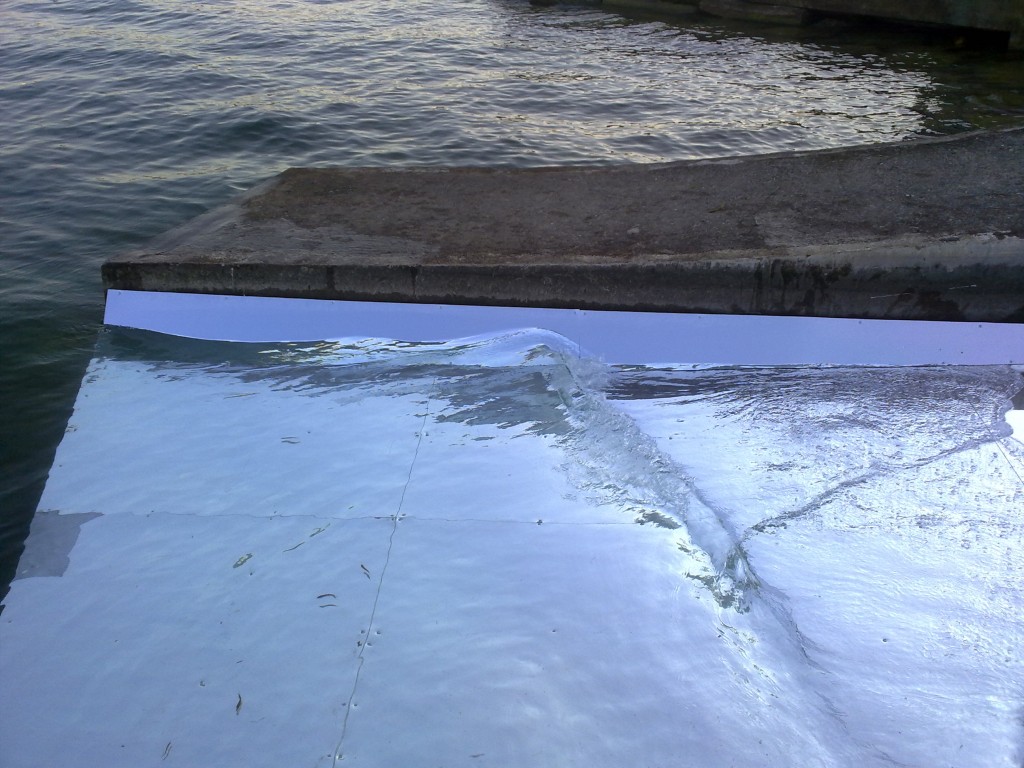 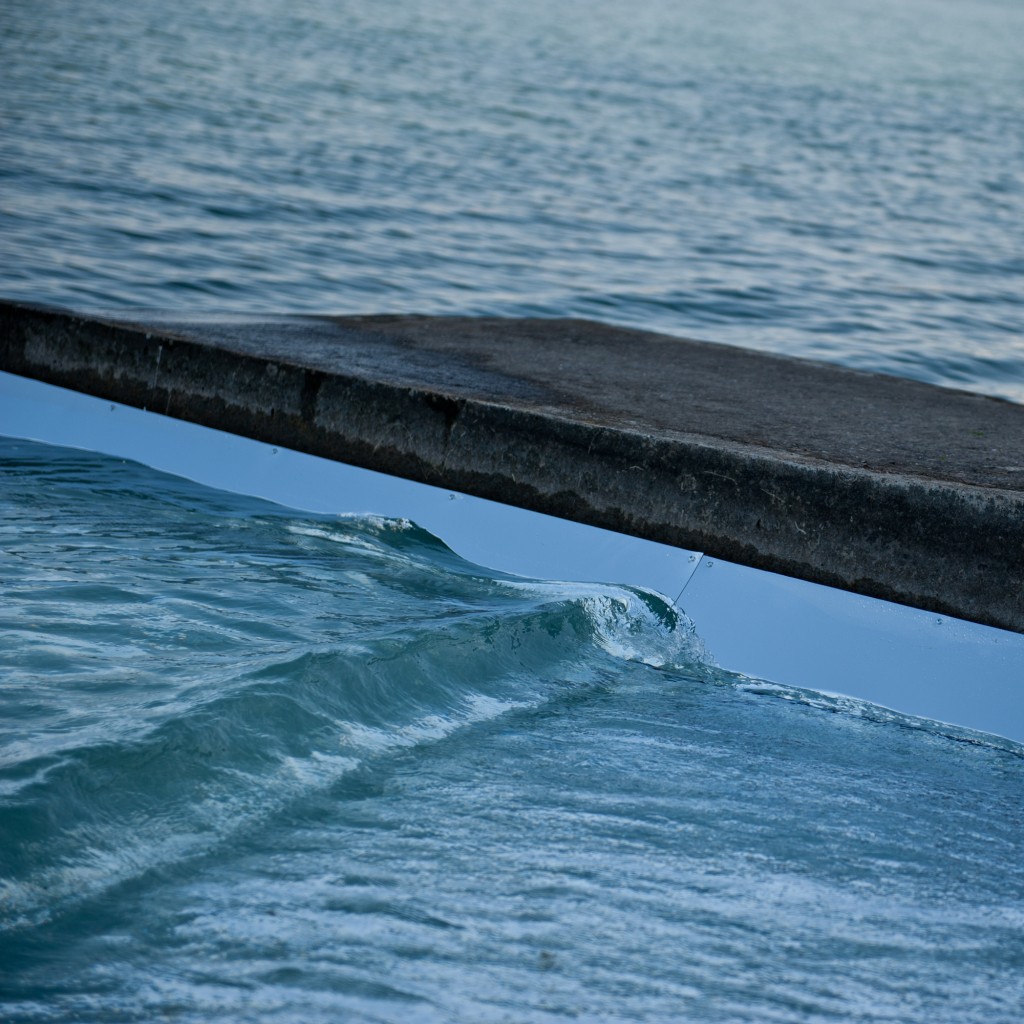 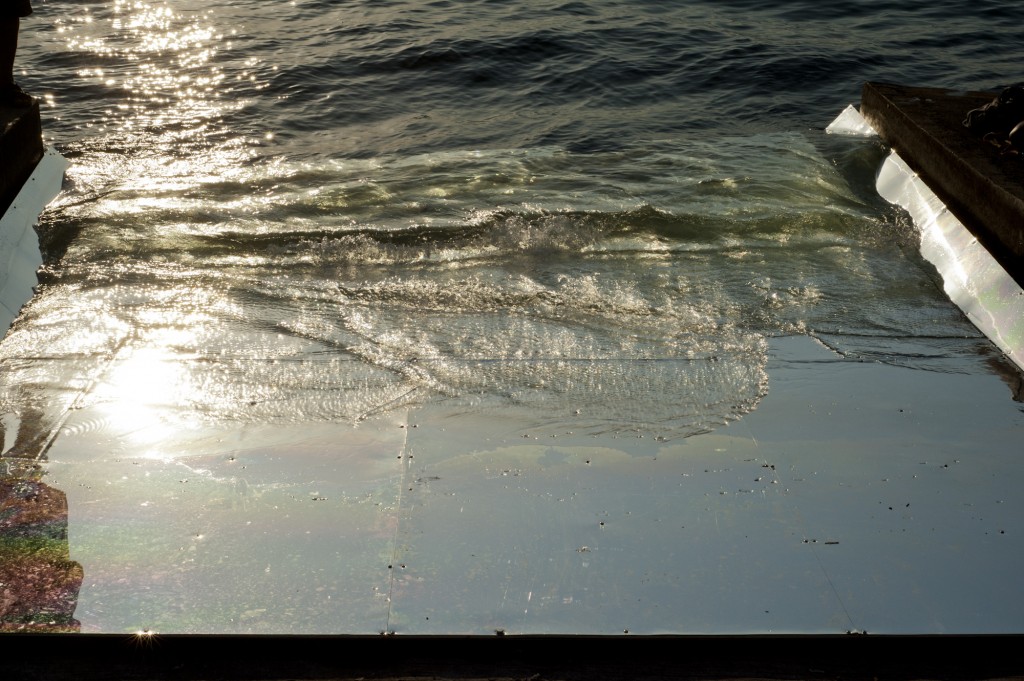 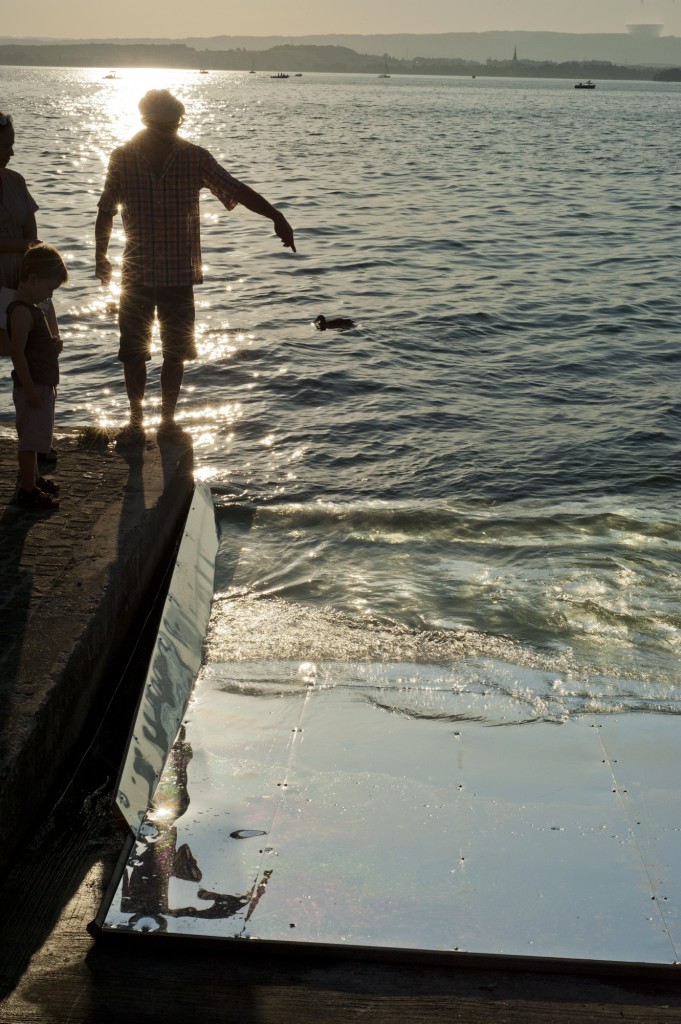